So this has been circulating Booklikes a few days ago.

And it seemed to make the STGRB followers so happy and excited. Obviously, it's a lie, but STGRB tried to make it seem true.

But then, Dawid said this: 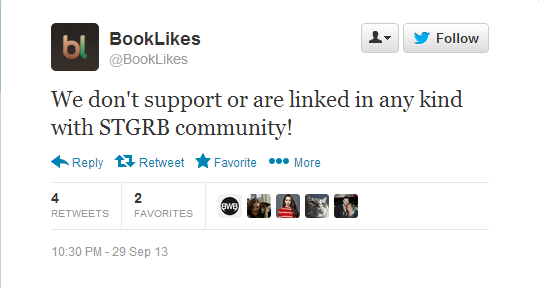 Instead of owning up to their mistakes or just forgeting about the entire matter, STGRB calls Dawid "Dawidiot" for actually protecting their users, unlike Goodreads, and they try to insult Booklikes by saying it's not as popular as Goodreads.

On a different note, Litchick has had STGRB trolls following her, and they're not even sneaky about it.