[Reblogged from The Armchair Librarian] My Beef with 'Bullies'

Okay, seriously, what the heck is going on here? What the heck are you doing, authors? STOP DOING THINGS. JUST STOP. 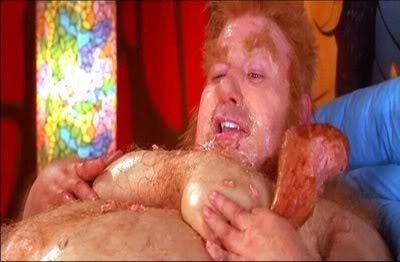 At least for a moment.

Think about what you are doing to your so-called careers. 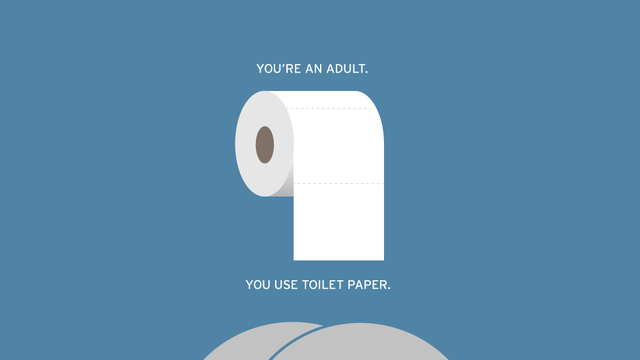 We are adults here, right? 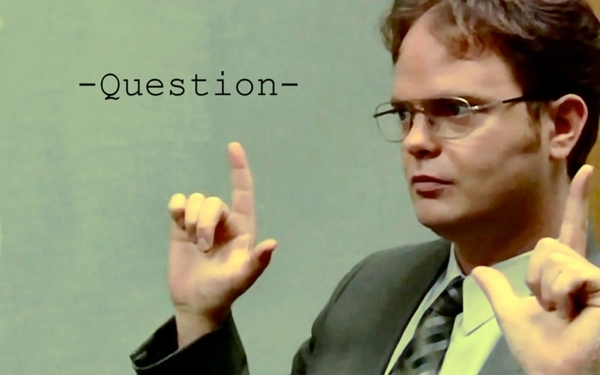 If readers and reviewers are the stalker-bully-trolls you seem to think they are, why are you (yes, that's right, Y-O-U) the one obsessively following, threatening, harassing, insulting, cataloging, challenging, mocking, fretting over, and in general, just completely making a big deal of the individuals you claim you can't escape from? 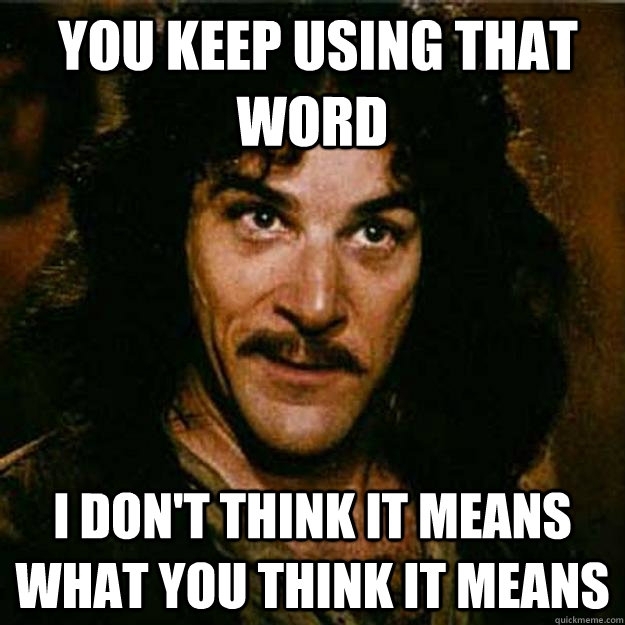 You're not in a trap, guys. You're not being freaking persecuted. You've tied your own shoelaces together and are staunchly refusing to untie them. Then you're blaming your reviewers for causing you to trip. That's how ridiculous these circular arguments of "shut up, you're a bully and I don't have to listen to you because reasons" are. It's nobody's fault but yours. 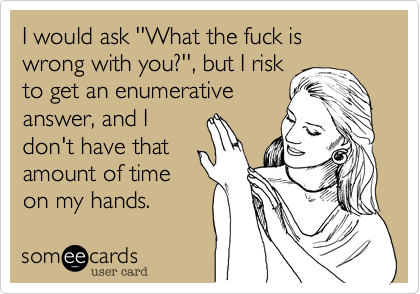 That doesn't mean I'm not sympathetic. Maybe you're lonely or depressed. But the internet is not your therapist- don't be surprised when it argues back. You shouldn't be taking out your own issues on your readers and reviewers. That is not what being a writer is about.

Think about it this way: would you do such a thing to your coworkers?

Would you say, "Hey Bob, I don't really know you, but I know you gave me a shitty eval on my presentation and I'm having a miserable day so fuck you, here's a photoshopped picture of me banging your wife. Also, I posted your public information on my blog, encouraging my friends and family to throw feces at your house. LOL. But seriously, you suck. I am great."

And I'm really tired of you guys saying authors who disagree with you are just jealous. Am I promoting my own career by disagreeing with you? Well, yeah, in a sense. People like buying books from people who aren't jerks. They might not like them, but hey, at least they'll be willing to give you a chance. You know? But even if you're a good author, if you act like a jerk nobody's gonna want to take that risk. Because you're a jerk, and that's a can of unpleasantness nobody wants to open. 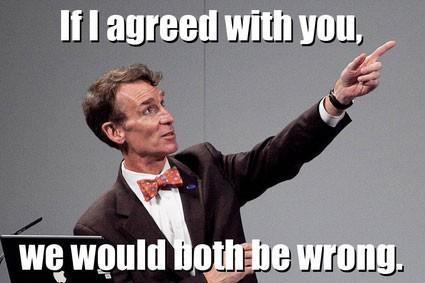 Really, the only one hurting your career, my dear Butthurt Authors, is you.

There is no Team Author. And if there is, I do not want to be on that team.

I'm a reader, first and foremost, and your behavior makes me sick. Because it's not even about writing, is it? You're using your reviews as an excuse to spew your misogynistic, ageist, racist, classist, sexist, ignorant bull-pocky.

I have no desire to partake in it.

Every time you insult a reader, call him or her stupid or ugly or pathetic...

Every time you post personal information to the public...

Every time you claim that you're too good for spell-check and grammatical errors...

Every time you berate your negative reviewers... 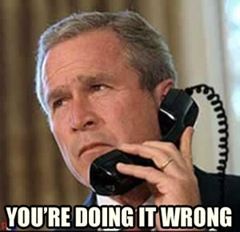 As for the negative reviews you're taking issue with? 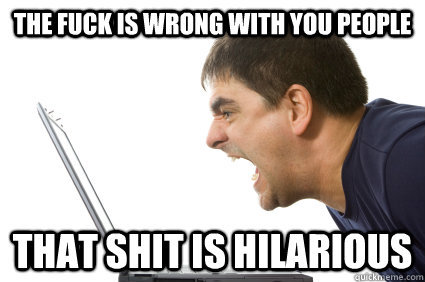 I don't know what to do with you anymore, internet. I just don't. Sometimes it feels like you're going to heck in a handbasket, and I'm being forced to go along for the ride.